Mizuno's first ever golf ball for Europe will be the new MP-S recently introduced in Japan. The MP-S is the third generation of Mizuno's MP ball line – the previous models only being sold to the Japanese market. Mizuno has been producing and perfecting it's golf ball technology since 2005. The…

Mizuno MP-S Golf Balls – Dubbed ‘the ball that loves to spin’ on its introduction – the MP-S is Mizuno’s softest, most responsive ball. The 2015 edition maintains that trait, whilst adding the dimension of increased long game distance.

The 2015 edition features a larger inner core and thinner urethane cover – adding yards to the long game of mid/high swing speeds. The cover thickness is reduced to just 0.5mm, increasing velocity from the tee, while a 330 dimple configuration creates a highly efficient flight.

The MP-S is a high feel golf ball that works great for mid to high swing speeds – we’ve matched this ball to players who like a little spin to help their ball flight,” said Alex Thorne, Head of Tour Operations. It’s still very responsive around the greens, for guys who like the ball to check up.” 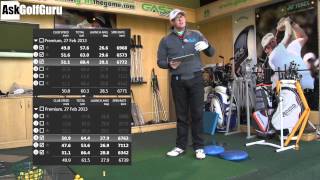 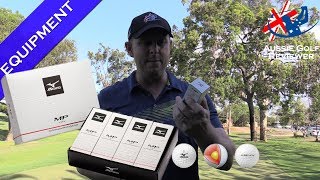